It was an otherwise-normal day when I received the telephone call from the Valley Girl. (For purposes of this blog we’ll call her Minnie.)

After I got over my initial amusement of the über-Californian accent (and I’m sure she had the same reaction to my own Southern Lady drawl), I listened up as Minnie asked me if I could give her a discount on two wedding gowns that she needed for her nuptials that would need substantial alterations. 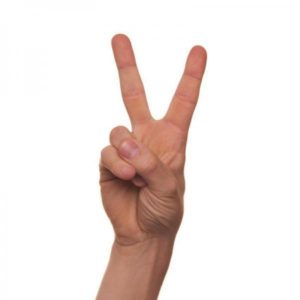 TWO wedding gowns? I thought. I didn’t express that out loud, but I have to confess I had to decline any offer of help, explaining that the gowns didn’t match each other, so trying to get them in sync with each other would take much longer than the timeframe she gave me, if ever at all. Additionally, I felt compelled to point out to Minnie that my skill set was very specialized, and as such I couldn’t offer a multiple-dress discount. We traded back and forth a few more questions and answers, then ended the conversation and hung up. I thought we were done.

And so we were, until about two weeks later, when she called back. I was only partially surprised; I figured she had called other seamstresses only to learn that most of them required a six-month lead time. In Minnie’s case, she needed the first dress within eight weeks – which is typically my own normal lead time – but the second dress she wouldn’t receive until two weeks before that second ceremony.

Believe me when I say that no one – NO ONE – worth their salt or price point offers alterations with such short notice.

As Valley Girlish as her voice was, her pleadings started to wear me down. I WANTED to help her, but felt the need to “keep it real.” I explained to her that my rate for the first dress would be at my normal amount, but the rate for the second dress would be twice that. She naturally had questions, and I answered her to the best of my abilities, which apparently satisfied her because she almost immediately set up an appointment for the first dress.

Now comes the part where the Singing Seamstress learns a Great Life Lesson: You can’t judge a book by its cover, and you can’t judge a bride by her accent. It seems that Minnie was Asian, and God help me but I couldn’t help but smile at her Valley voice coming out of her Singaporean mouth.

Minnie explained that her first ceremony was to take place in Singapore with her family, with the second “American” ceremony to happen shortly thereafter back here in Texas, hence her need for the two dresses. I’m well-traveled and well-versed enough to know that other cultures, such as her family’s, thrive on negotiation for goods and services; something that’s not the norm here in the gool ol’ U S of A. I reiterated my previously quoted rates and even followed them up with a text. Once she received the texted rates, she agreed and I got to work on the first dress.

If I may say so myself, that first dress came out fabulously and she happily paid the quoted rate for it. She even sent me photos of her and her new husband from that first ceremony.

Soon, however, in the seamstress/client sense of the phrase, the honeymoon was over. We met for our appointment to work on the second dress. I had printed out my standard contract sheet to present to her. To my surprise, she balked at the doubled rate we had previously discussed. Whether selective hearing or a breakdown in communication was involved, I don’t know. Fortunately, I still had the text I had sent her that included the doubled-rate quotation, and I whipped out my phone to show her.

She whipped out her own phone to show me the text that she had received from me, and at that moment we both learned Great Life Lesson Number 2: If you use Google Voice to send a text, don’t use more than one paragraph. Because I had sent my text in two paragraphs, and apparently Google Voice in times like this only sends the first one. And – OF COURSE – the part about the doubled rates was in the second paragraph. So we were both right and both wrong.

Deep down, it pained me to re-renegotiate the rate for her second dress. I’m a small business owner that caters to a niche market and every penny counts. For a brief moment, I entertained dark thoughts from my Evil Sith Lord side about sticking to my guns because I knew that no other seamstress would take her at such late notice. I had her in my grasp, but…

But, of course I couldn’t do that to her, nor to myself. We entered our final round of negotiations in good faith on both sides, which each walked away from the experience with warm feelings. And I learned Great Life Lesson Number 3: I can zealously guard my highly specialized skill sets against those who wish to underpay me, but sometimes a negotiation is just a meeting of two different cultures and not a slight against my own talents.