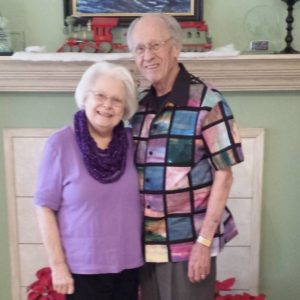 In the bridal business, anniversaries tend to be growing days of celebration: the more anniversaries you celebrate, the deeper the bonds. However, there’s one type of anniversary that never gets enjoyable, and that is that of the death of a loved one.

This month marks the first anniversary of the passing of my mother-in-law, Jayne. Our first encounter was the stereotypical nerve-wracked affair – at least on my end – because I was fully aware that a) her son and I had only been dating for a short while, and b) she was extremely religious, the literal Preacher’s Wife.

I steeled myself for an Inquisition, only to be confronted with one of the most accepting, kindhearted, and loving people I had ever met. She was someone I could discuss and debate countless topics with, even the ‘taboo’ ones like transsexual rights and politics. Instead of taking a holier-than-thou stance that I’d convinced myself all religious people had, she presented a basic view that we’re all God’s children and are all worthy of acceptance and love.

Now, bear with me: she reminded me completely and utterly of Mrs. Claus, the unsung heroine of the man who gets all the good press. I absolutely love the concept of Santa Claus and his wife, which is one of the primary reasons I’m so passionate about that part of my business. This married couple is the embodiment of love and unconditional acceptance.

A particularly fond memory I have of her is the day when I took the opportunity to vent about my frustrations with marriage. Even the strongest granite has chips and flaws without crumbling the entire thing. When you share a house, a bed, finances, and emotions day after day, even a fairy tale wedding can turn into a pumpkin from time to time. I asked her if she ever felt like killing her husband Walter. Once again expecting the stereotypical ‘wifely duties’ religious response, Jayne floored me when she easily replied, “At least once a week.”

Without skipping a beat, she continued that she couldn’t imagine living a single moment without him. I smiled at her and said that I felt the same way about her son, and that I must be doing something right. After all, Jayne and her husband had been married for more than fifty years. We both laughed and then she hugged me. She gave great hugs.

I love to tell this story to my brides. Their wistful smiles let me know that they hope their own MILs are as awesome as Jayne was.

It’s a year after her passing now, and certainly things across the globe haven’t gotten any easier. Forced lockdowns may look great on paper, but there is definitely fallout from personalities in confined quarters. In this day and age of the craziness that goes on in all of our lives both personally as well as globally, I think about her a lot and how she would face it. She would accept everyone where they are and love everyone where they are. And she would definitely be one of the helpers.

I can only hope that I did her proud during the quarantine by making 2,100 (and counting!) masks for first responders.

As much as I love my husband, I miss his mother. 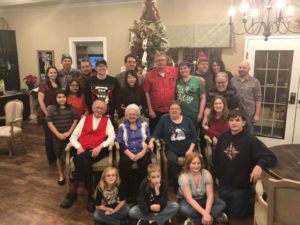 2 thoughts on “Memories of Jayne”