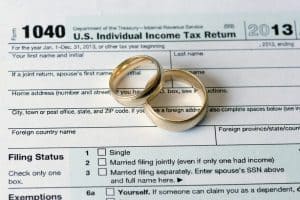 Everyone knows that THE month to get married in is June, right?

Not so fast, dear readers.

True, the month of June itself was named after Juno, who just happened to be the Roman goddess of marriage, so there’s tradition there. Also in generations past, June was chosen as the best wedding month because – in those days before, you know, Women’s Lib and the Pill – it was typically inevitable that the pitter-patter of tiny feet would follow around nine months exactly after the “I do’s” and they didn’t want child-birthing to get in the way of a good harvest. And it didn’t help that the early 20th century pressed the issue with a song from the musical Seven Brides for Seven Brothers and the title of a Bette Davis movie both named “June Bride.”

But – believe it or not – June isn’t the most popular month nowadays to get married. Today, that honor falls on October. June is in second place, and – amazingly – November comes in third. 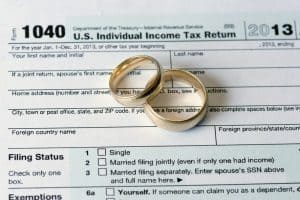 Personally, I find it odd that this is the case, if for no other reason than tax breaks. I have a ‘friend of a friend’ who married, eventually divorced, and remarried a few years later. Her two anniversaries were, respectively, January 3 and January 2. Her reasoning was that she could – tax-wise – get the most out of the year. While you don’t need to go to such extremes, it IS helpful to be married for the majority of the year (any time July 1). However, I’ve known too many brides and grooms that don’t really care about the tax ramifications and delve right into an autumn wedding.

On the other hand, weddings later in the year when the temperatures aren’t quite at summer levels – particularly in tropical and desert climes – can make life so much more bearable where the makeup won’t run and the hair won’t frizz. October and November are also in that ‘sweet spot’ between the summer vacations and the holiday festivities. Even honeymoons could be cheaper if your destination is considered ‘off-season.’

Long story short, if you’re in the mood to get married but don’t want to wait until next summertime, now is the time to MOVE IT OR LOSE IT. We’re three months out and if you need any dresses created or altered, you need to act swiftly indeed.

Let’s hear from YOU: did you get married at an untraditional time? What are some pros and cons?