‘Twas the month before Christmas, and all through the blogosphere, not a creature was writing, so I thought I’d post something here.

If you were expecting a post from Heather, I’m glad to disappoint you. Oh, she’ll be back soon enough; she’s been a GOOD GIRL this year working on brightening the lives of many clients, but she’s against the clock at the moment, so I thought I’d post in her place. Allow me to introduce myself:

It’s your old pal, Santa Claus. That’s right; Kris Kringle himself. Father Christmas, Père Noël, Saint Nicolas, Dedt Moroz, Hoteiosho… I have many names, and nearly as many faces. And I have to say that Heather has done an awesome job at bringing some of those faces – and costumes – to life for me, as well as many of my ‘helpers’ who work the crowds while I work away at the North Pole. Here are some examples: 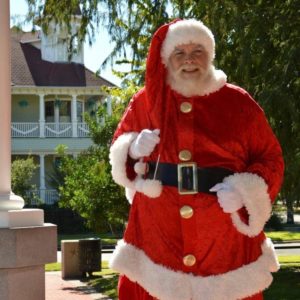 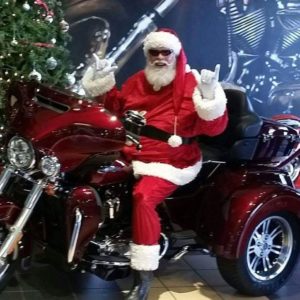 Now, THIS is Heather’s first attempt to capture my modern day image. Did you know that the stereotypical look of Santa came from a 1933 Coca-Cola advertising campaign? I mean, sure, cartoonist Thomas Nast got most of that look down in the 1870s, but the fine folks at Coke made me the man I am today to American children. Too bad the milk industry wasn’t quicker on signing me on as the Official Milk Spokesman!

If you go back to my earlier roots, I looked a lot different than what I do today. In the 1820s, Clement Moore wrote about me in his famous poem that we all know and that I sort-of quoted up top. But he imagined me as a teeny-tiny guy with reindeer the size of wiener dogs. Personally, I think it was just a writer’s shortcut so he wouldn’t have to explain how I make it down chimneys. However, in the Renaissance period, I was larger than life. Here, Heather crafted a beautiful outfit for me that was quite stylish in the 1400s. 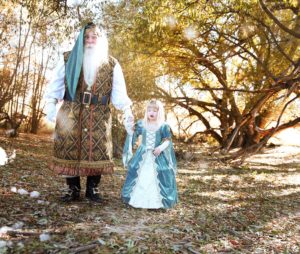 In Nordic countries, people’s views of me are all over the map. In Norway in particular, I’m called Julinessen, and I catch a lucky break because people do their gift-swapping on the night before, so I can cross them off my travel list early. I also have little gnomes called Nisse to help me. Here’s a shot of me and one of my adorable helpers in beautiful Heather-crafted costumes. 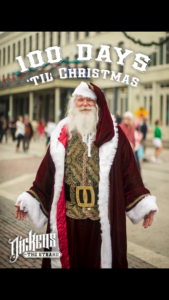 As popular as Charles Dickens is with Christmas lovers, I’m nowhere to be found in his Scrooge story. But rest assured I was working behind the scenes to bring old Ebenezer to an epiphany. Every year, that’s celebrated in Galveston at a huge festival where I get to work on my Texas tan as I wear Heather’s official Dickens on the Strand Santa costume. 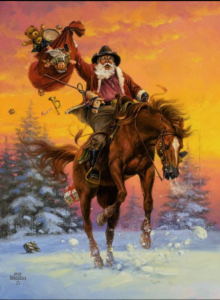 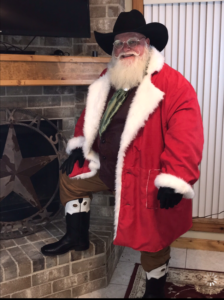 Speaking of Texas, there’s an awesome artist named Jack Sorenson who painted a cowboy version of myself. I loved it so much that I asked Heather to recreate his fashion. I think she did a purty durned-tootin’ job. 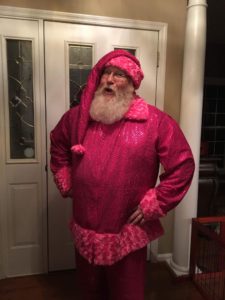 Even though I bring tons of toys to millions of children each year, I also love to help other causes the rest of the year. October is Breast Cancer Awareness Month, and I’m passionate about helping raise that awareness. People like to wear pink ribbons to commemorate the month, but you KNOW I like to take it a step further, so I asked Heather to whip me up a whole costume in pink. Let me take this opportunity to encourage ALL men and women to do what it takes to catch this horrible disease early. 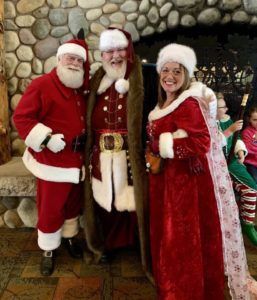 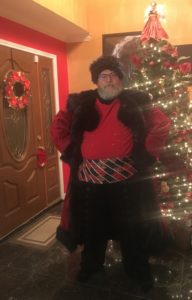 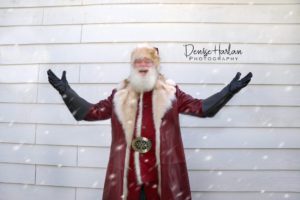 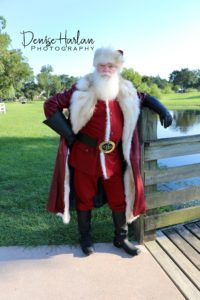 Movies about me are a great way to spread the holiday spirit. But it seems as if each moviemaker has a different idea about how I should look! Luckily for me, Heather is on the case and has crafted a movie-Santa look for every occasion. Here are some shots of me in costumes inspired by movies like Tim Allen’s The Santa Clause, Frozen, Rise of the Guardians, and Kurt Russell’s The Christmas Chronicles. What’s YOUR favorite movie featuring me?? 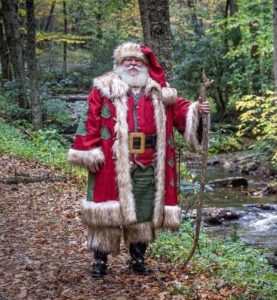 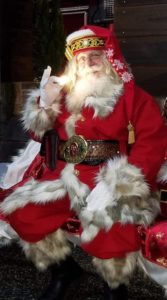 Finally, I’m a big fan of the concept of “an oldie but a goodie.” Sure, I may look nothing like I did back in 280 AD in Lycia (which is nowadays somewhere in Turkey), but I’m very comfortable in my ‘traditional’ garb. Here are a final couple of shots of costumes that Heather put together for me.

I love that Heather is so busy each year working on costumes for my helpers. Be sure to book her early for YOUR Santa or Mrs. Claus costume so you can be featured next year around this time!